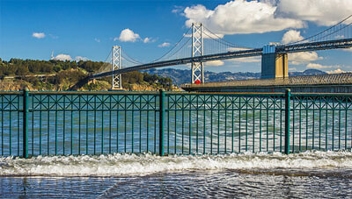 In fact, it already is changing the way people invest.

The California State Teachers Retirement System announced plans in September to more than double its investments in clean energy over the next five years. The increase to $3.7 billion from $1.4 billion in low-carbon investments may seem like a drop in the bucket for the nation’s second largest pension fund with more than $150 billion in assets but pension funds are the supertankers of the investment world and they are very careful and deliberate when it comes to changing direction. And CalSTRS isn’t alone.

Climate change has sparked a significant increase in clean energy investment. The latest research shows that global clean energy investment was five times higher in 2011 – reaching a record $260 billion – than seven years prior, according to a study by Bloomberg New Energy Finance that was released at a United Nations Investor Summit on Climate Risk & Energy Solutions held last month.

This shift in asset allocation is just the latest in a broader shift in investor awareness of the changing climate’s impacts on the economy. Just don’t think that global climate change’s economic impacts are restricted to the lofty world of high finance. It is time for you to consider your risk exposure to climate change because, for better and for worse, the effects of a warming planet are trickling down to your wallet.

For many large investors the rising interest in the environment is not just about maximizing returns but also about protecting investments and hedging against the risks of climate change. For example, a new record was set for billion-dollar weather disasters in 2013, which hit a total of 41, according to insurance brokerAon Benfield. The trend of more frequent, more expensive natural disasters appears likely to continue along with the changing weather, as 2014 is on track to become the warmest year on record.

The National Oceanic and Atmosphere Administration reports that global temperatures year-to-date are 1.22 degrees Fahrenheit higher than the 20th Century average, leaving 1998 as the only year from last century in the top-10 warmest years since records began in 1880. The only outlier to this warming trend seems to be the East Coast, which experienced so much bad weather at the beginning of the year that it helped slow the entire economy with U.S. GDP declining by 2.9 percent in the first quarter.

Conditions have been quite the opposite here on the West Coast, but you don’t need to be told that it has been hot and dry. For the past three years that we’ve been in this “historic” drought where we have consistently heard that we’ve got water reserves to last for two or three years. Since January, however, about 30 small California communities have cycled on and off the list of “critical water systems” that could run dry within 60 days. Some of these communities have drilled new wells, build storage, linked to other water systems or got some reprieve from rain to get off the list but more than a dozen have been forced to truck in water with no end in sight, according to recent reporting by the Los Angeles Times. Just think about what it would cost to cook, clean and bathe in bottled water.

“If this drought keeps going, some larger, more sophisticated communities are going to be in trouble next year,” Tim Quinn, executive director of the Association of California Water Agencies told The Times.

Expect more calls for conservation, more water use restrictions and higher and higher water bills if conditions don’t change, and by most accounts they won’t.

According to the Risky Business Project, a research program focused on quantifying the economics risks of a changing climate, by mid-century the southwest region will likely see 13 to 28 additional extremely hot days of 95 degrees or more each year. Over the same period, sea levels are expected to rise by a foot or more threatening coastal properties and property value, the potential for wildfires will increase threatening inland properties and insurance costs and increasing power demand will lead to higher energy costs to name a few economic risks facing Californians.

It all seems overwhelming, but it doesn’t have to be. Even small, smart steps taken collectively can add up to substantial savings both in terms of resources and money. Invest in conservation. It offers the biggest bang for your buck. Take a close look at your home and your workplace and you can find opportunities to cut your resource use significantly. Just look at what your carpet cleaner can do (See the Resources AGS Saved in 2014 to date). That’s just one small company. If everyone starts making smart investments in sustainability now, it will be your best hedge against climate change risk and it could even result in a substantial future returns.