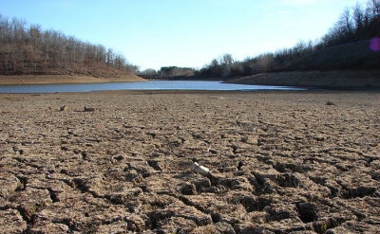 It’s Tuesday morning and you just finished putting the finishing touches on your investment presentation for today’s board meeting. On the way to the conference room, you stop by the break room to grab a cup of coffee. The pot is empty, so you decide to head to the meeting and hope to get a drink later. On the way, you are too busy to notice that all the landscaping is dried out and brown. You stop by the bathroom before the meeting starts but the door is locked. Suddenly, as you stand there looking at the “out of order” sign, it dawns on you … there is no water.

This is not a far-fetched scenario. In the midst of what California Gov. Jerry Brown recently called “the worst drought that California has ever seen since records [began] about 100 years ago,” a number of communities are facing the prospect of running out of water in a matter of months. A state of emergency has been declared and all California residents have been called on to reduce water use by at least 20 percent, which equates, on average, to a reduction of more than 70 gallons a day per household.

That might seem like an impossible goal, but California has done it before. According to analysis by the Public Policy Institute of California, “California Water Today” current total statewide water use is at about the same level as it was in 1960 when the state’s population was less than half of what it is today.

“Although California’s population has continued to grow rapidly, water conservation activities and changes in economic structure have reduced per capita urban water use enough since the mid-1990s to keep total gross urban water use roughly constant,” the study states.

This trend of reduced per capita water use must increase as the latest science shows that the Earth’s average temperatures are expected to continue to increase by about 1 percent per decade, according to NASA.

We have spent billions of dollars to shore up our fragmented underfunded water system on desalination plants; complex toilet-to-tap water recycling systems; massive storage systems and other large-scale infrastructure projects. But there’s not enough money or political will to build our way out of the growing water crisis—especially when you consider that an average household spends far less per month on water than its cell phone, according to the PPIC.

Fortunately, you’ve probably already touched some of the most effective means of securing your long-term access to water and not even realized it. Small conservation measures like low-flow toilets and water faucets or rain-sensing irrigation systems have made considerable contributions to the state’s reduced water use. More modest, smart and financially practical initiatives are needed, such as installing the latest generation of water-conserving appliances; planting native, drought-tolerant landscaping and employing efficient services, like Advanced Green Solutions’ low-moisture carpet cleaning system, to further reduce water use. Taken together, these and other small sensible steps can make huge strides toward achieving the state’s water conservation goals and ensuring that we don’t run out of water.

These thoughts all come together as you take a drink of water, clear your throat and begin your revised presentation on how a companywide water conservation program is one of the smartest investments your company can make to secure its financial future.